A person in web3 that needs no introduction, but he'll get one anyway because I love him, I give you, John Knopf.

Artist, Community builder, and just an overall GOOD GUY. John was one of the first people I looked up to in web3, as he had (and still does) this ridiculously contagious energy that radiated (and still does) far and wide.

We start from the beginning of his childhood in what he describes as his comfort of chaos.  Before being a photographer full-time, he worked at a car dealership, which is where he truly found his love for photography, his exit to becoming a full-time artist is one for the books!

We then dive into his thought process, motivation, and determination to succeed, at any cost, and a detailed description of what that actually looked like for him. We then journey into him discovering the web3 space, and the role he played in creating a movement of photography being valued in the NFT space.

Some special moments are the ones he shared around the difficult discussions he and Cath Simard had when it came to breaking out, and their wild journey ever since. Our discussion on how he prices his work is something unique that I never heard before and is one that many will replay over and over for years to come.

This episode is a must not miss. John is a big-brain visionary, builder, and relentless hustler; we are truly blessed to have him in this space. 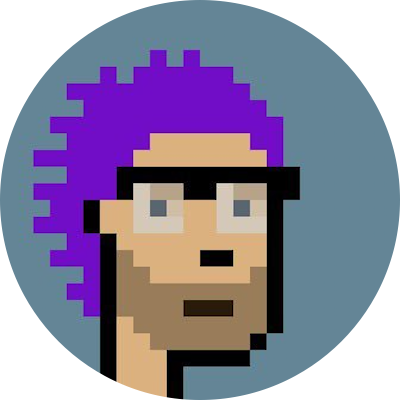 California native John Knopf is passionate about nature. John was raised on the belief that one should march to the beat of their own drum. Growing up on the central coast and spending his summers hiking, he learned from the best. John attributes his outdoor obsession to his family moving around a lot growing up. Since then John has become widely acclaimed for his panoramic landscape views and his ability to capture spectacular beauty through a camera lens. With a fast growing following, John has set out on a journey of discovering the great art shows of nature’s light, and invites you to come along. "It’s not about the photo, it’s about the hunt. The bigger the challenge the larger the reward”, says Knopf.

John was brought up on the Central Coast of California. With a passion for the outdoors, at the age of 4, he was given his first camera, and has since traveled all over the world for his photography. Completely self-taught, John has taken his art from a passionate hobby to a highly successful enterprise. Opening his first gallery at the Stratosphere Hotel and Casino on the Las Vegas strip in 2012 and has since established a second location at Ridgedale Center in the Minneapolis area in 2017.

"There is something about the stillness of a photo that is just completely calming. Unlike a film, which gets 30 frames per second to make a moment perfect, a photographer gets one frame. One frame to capture a perfect moment that will never be seen again. Sometimes you have to hike miles carrying loads of equipment in the middle of a jungle - by yourself. Nothing is more satisfying to me than walking away with that one epic shot. I believe that landscape photography not only vastly increases our awareness of the fascinating world around us but reminds us the importance of preserving and protecting it”, says Knopf.

Striving to make each image unique, John has created one of the most coveted landscape photography collections. Using the finest materials, museum-quality paper, and acrylic mounting, the images will last you a lifetime. There are only a limited amount of editions per image, including artist proof prints. Each piece is numbered and signed by John.